My grandmother, Margaret Helen Merklin, was born May 3, 1912 in LeMars Iowa, first born child of Edward Christopher Merklin and Helena Agnes White.  Her birth was announced in the LeMars (Iowa) Semi Weekly Sentinel on May 10, 1912, “Born on Friday, May 3rd, to Mr. and Mrs. Ed Merklin, residing on Cedar Street, a girl.” 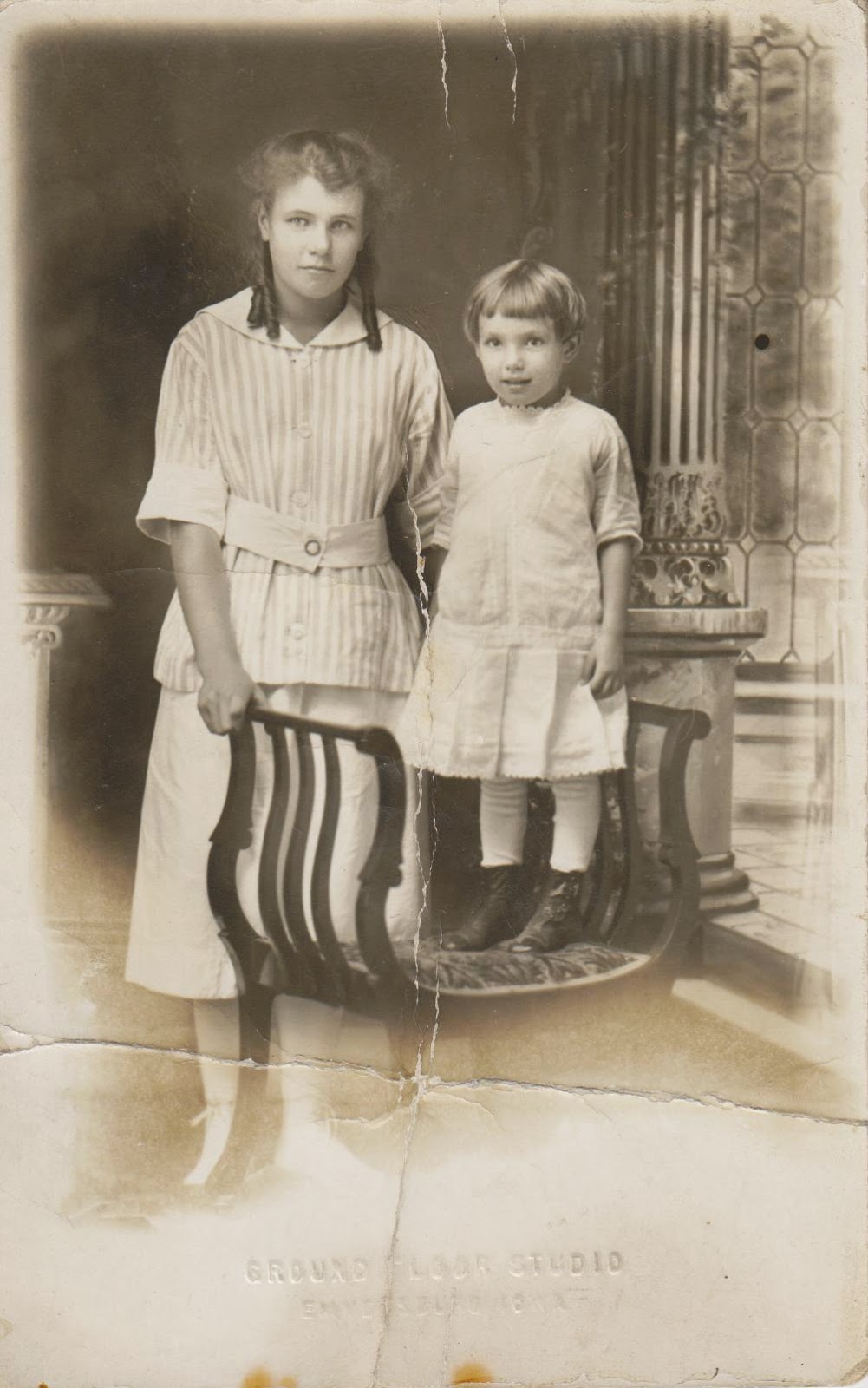 She had many relatives living in adjacent towns, Sheldon, Sioux City, Franklin and Sanborn and was fortunate to have grandparents and great-grandparents routinely part of her early life: paternal Grandfather Nicholas Merklin, Grandparents Sylvanus and Margaret (Donohue) White, and great-grandparents Timothy and Margaret (Roche) Donohue all lived in Sheldon, Iowa, a short drive from LeMars.  The northwest Iowa area settled with a large community of farmers, including members of the Merklin, White and Donohue families.  It was not uncommon for farming families to have a lot of children, and that was no different for Margaret’s family.  She had many nearby aunts, uncles and cousins. (Left, Margaret with older cousin, Ann Klingel) 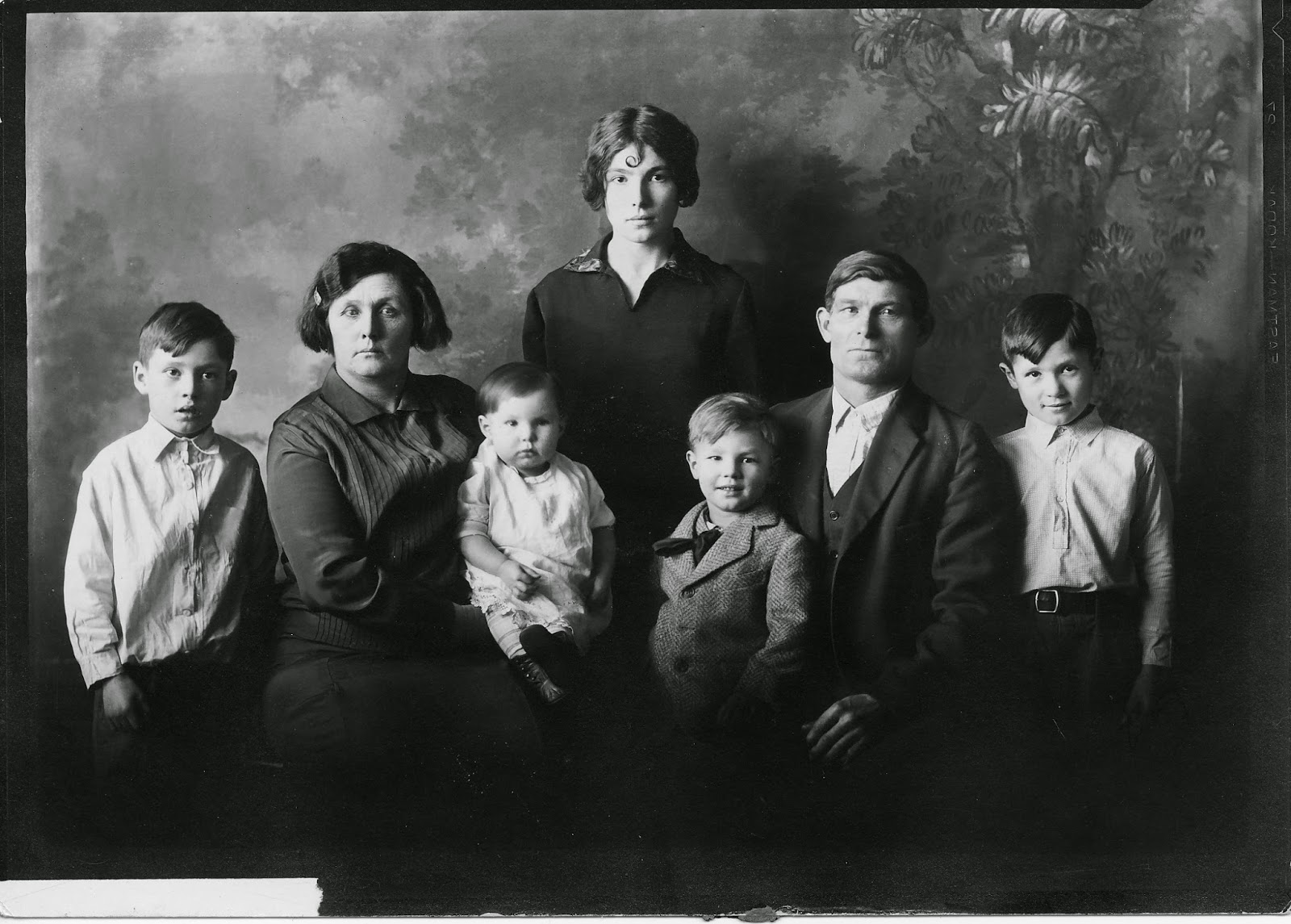 Following Margaret, were 5 siblings (4 brothers, 1 sister), born from 1918 to 1930. During the window of her siblings’ births, all grandparents and great-grandparents had passed away. Shortly after her birth, the family moved to Sheldon, Iowa where most of her extended family lived. In the late 1920’s, the Merklin family left Northwest Iowa and moved to Blue Earth Minnesota. (Above, circa 1926, The Merklins, Margaret standing in the back.  Front Row:  Eddy, Helena, Betty, Donald, Edward and Jim) 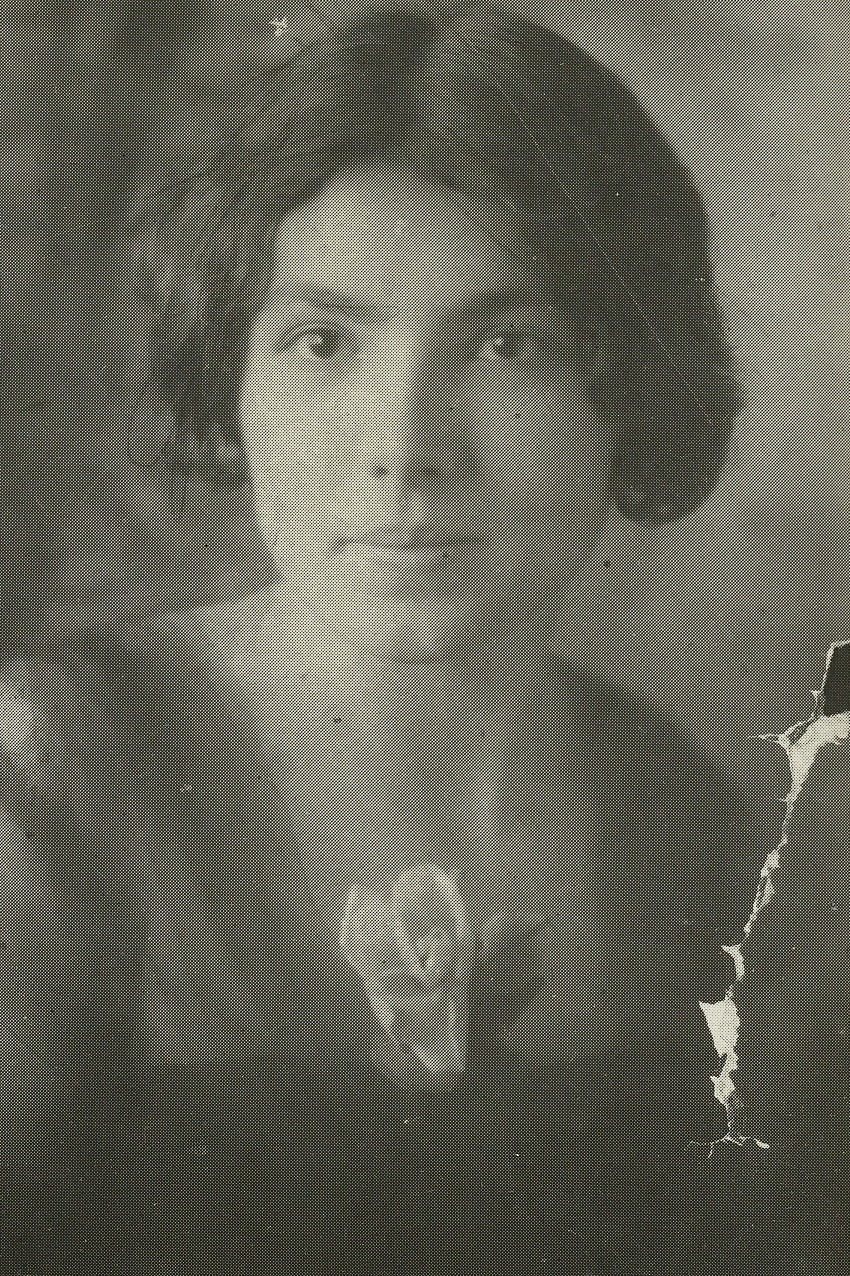 Around this time, Margaret met her future husband, Albert Joseph Hayes; Albert was working on a local farm in Center, Iowa in January 1925 not terribly far from Sheldon.  On December 14, 1928, they married in Blue Earth, Minnesota by the local Catholic priest, Daniel Coleman. It is unclear in the records if they married in the local Catholic Church.

She and Albert had 2 of their 8 children over the next 2 years; interestingly, Margaret's mother also had her 6th and final child in 1930, so Margaret had a son and brother born in the same year. 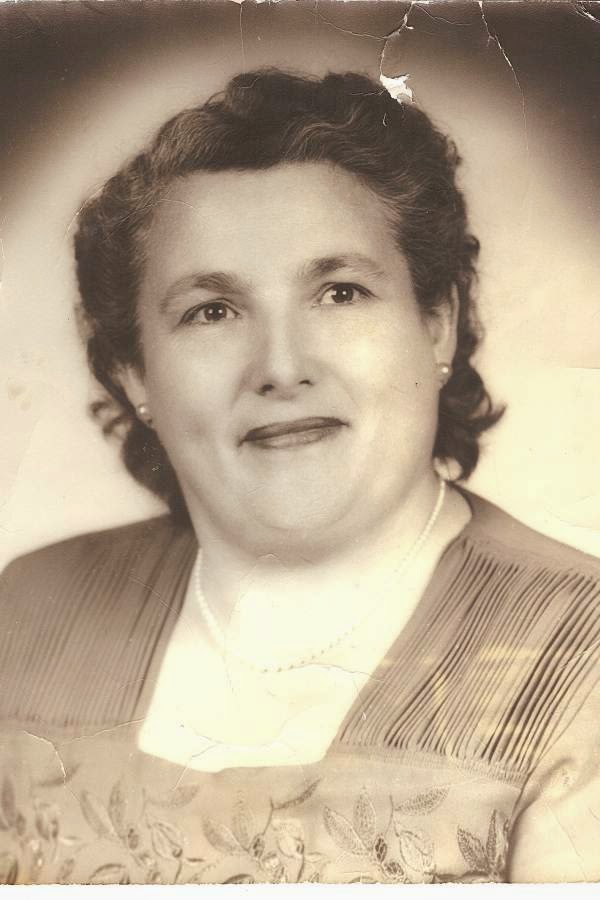 Margaret was petite with beautiful dark brown hair and eyes.  She and Albert struggled as most families did through the depression, and the years following.  Their 2nd daughter (my mother) recalls a number of hardships during those early years in Southern Minnesota and Wisconsin, ultimately settling in North Minneapolis.   Of their 8 children, 7 survived to adulthood.  My memory of Grandma Hayes, was of a soft spoken, kind and shy woman, skilled in embroidery and knitting (hand-knitted   slippers every Christmas). So taken by her quiet kindness, I recall asking my mother if she was ever angry?  She recalled that Grandma could absolutely be firm and you knew she meant business!  To her 23 grandchildren, she was much loved.