I first discovered the family connection to the blacksmith profession when it was listed as the occupation in a 1910 census for my great great-uncle and newspaper articles from 1903 and 1905 show my great-grandfather as having joined a blacksmith partnership.   They had become blacksmiths in the small towns in rural Iowa when it was as critical to have a local blacksmith as it was to have a local mercantile or a bank, particularly the blacksmiths that fit shoes for the horses.  Called farriers, these blacksmiths developed the horse shoeing expertise needed to enable/support the horse in pulling farm equipment and wagons. The advent of the automobile dramatically impacted the presence of a blacksmith shop in small town America.

My great-grandfather, Edward Merklin, had a particular expertise as a horse shoer.  My great-uncle told me that his father (Edward) loved working with the horses.  Several local newspaper articles chronicled some of his career: 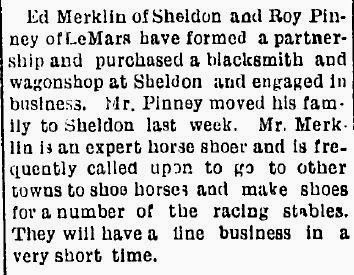 A January 17, 1905 article in the LeMars (Iowa) Globe Post announced he had formed a partnership and that he was considered an expert horse shoer… 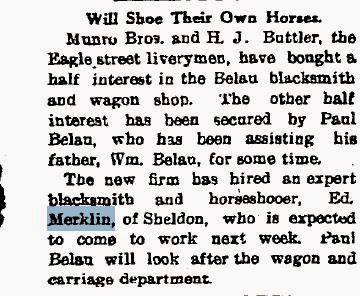 Five years later, on September 16, 1910, the LeMars (Iowa) Semi Weekly Sentinel identified he was still in the LeMars area working as a blacksmith and horse shoer…

Edward’s brothers Gus and George also worked in the blacksmith field with Gus opening up his own shop in the Wallingford, Iowa area in the early 1900’s.

Gus, George and Edward continued to work in the field into the 1920’s and 1930’s.  The 1920 US Federal Census showed that Gus had relocated to Iowa Falls and opened up a new blacksmith shop.

The Great Depression impacted the families, with Edward moving around Iowa and Southern Minnesota to find work.  On April 1, 1932, the LeMars Semi Weekly Sentinel announced, “Ed Merklin, who has been working in the Belau wagon and blacksmith shop, has purchased a half interest in the Union shop conducted by Ray Hart.”

Edward eventually moved to South Dakota and continued to work on shoeing horses. Gus remained in Iowa Falls the remainder of his life.  He and his brother George sold the blacksmith business to Edward’s son, Jim.


The blacksmith shops that were able to maintain a viable local presence were those businesses that advanced with the industrial and commercial growth, into machining, welding, and iron works. 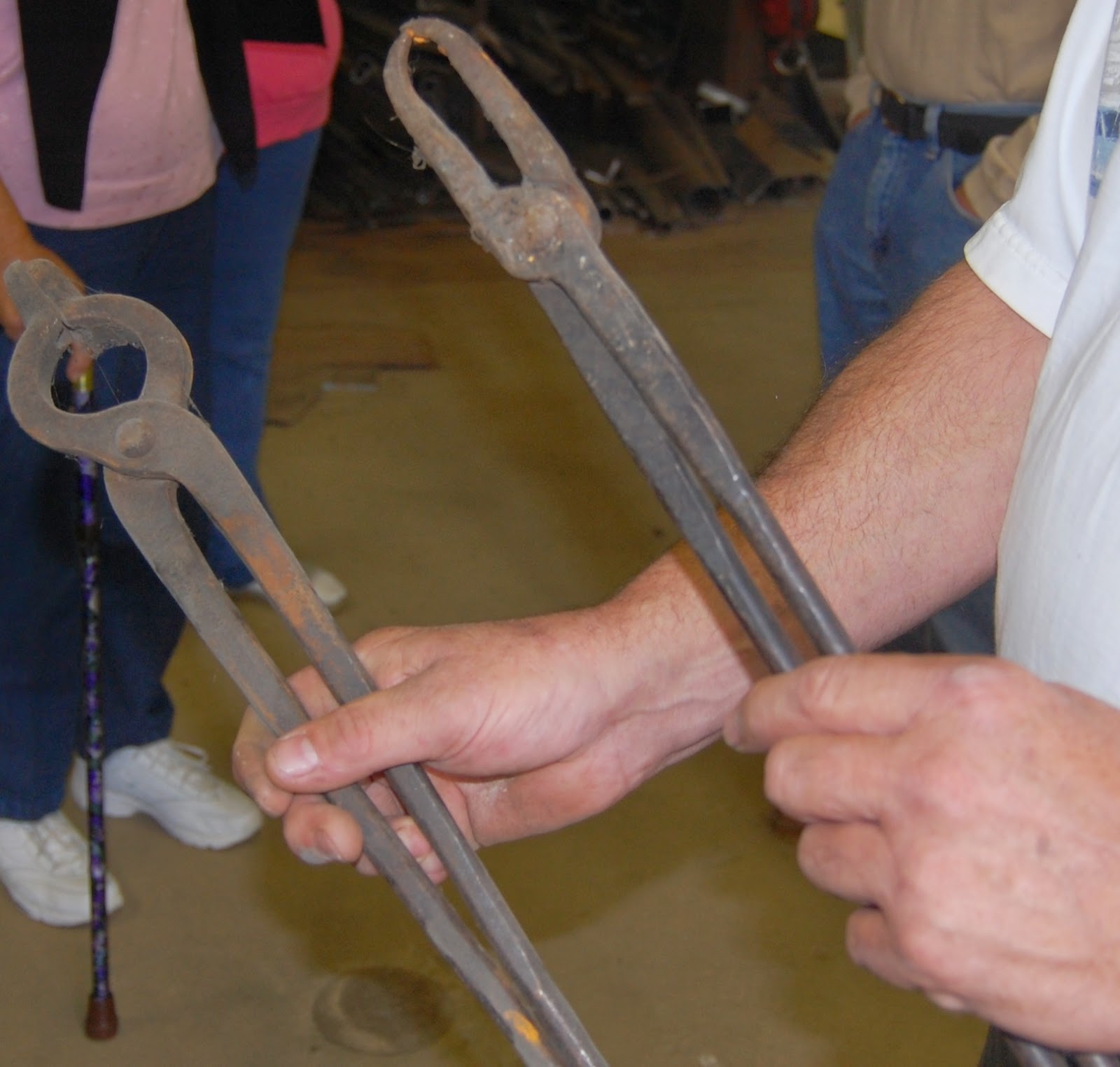 You can still find visual impressions of the 1900s in those businesses today…in the Merklin Blacksmith shop, the original anvil still sits as an active part of the shop, tools that were handmade by those who came before still hang on the walls in memory, ....

and if you look a little higher, you can see a lucky horseshoe nailed to the wall…little windows to the past. 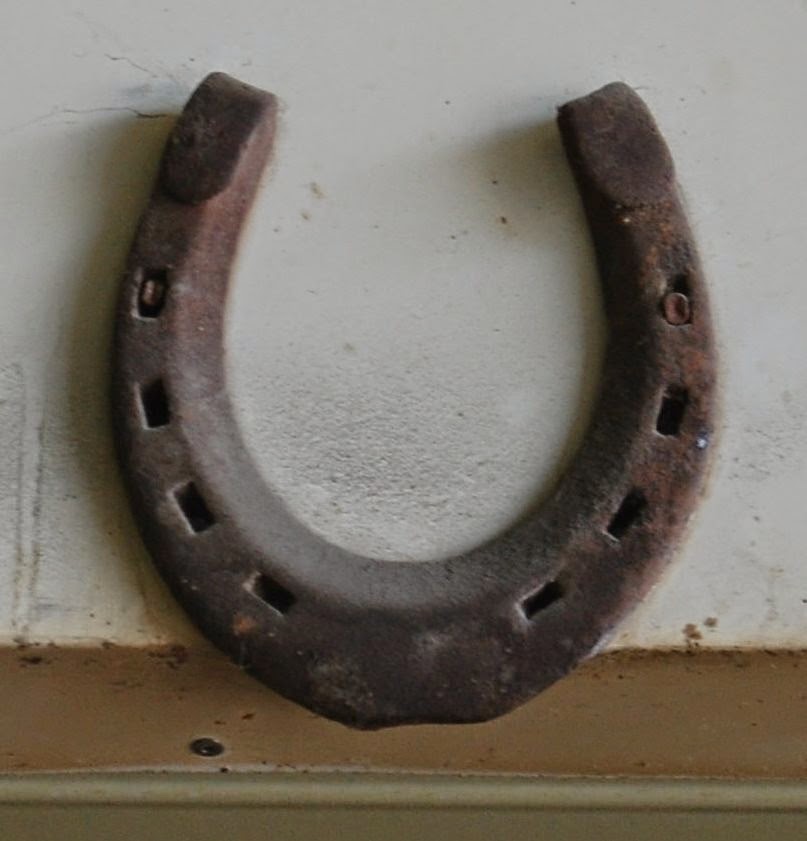