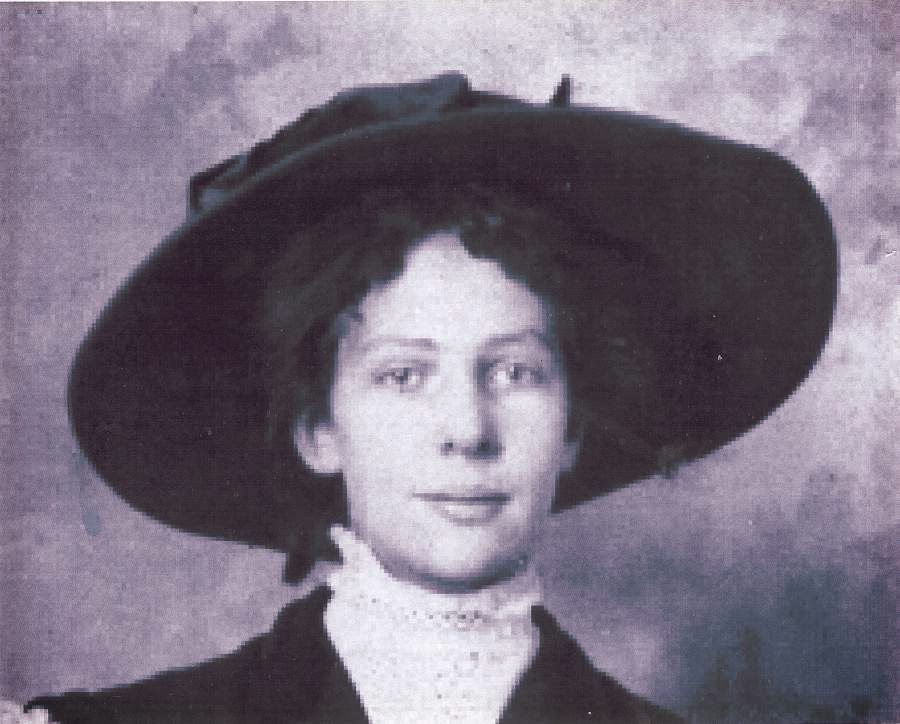 Annie Theresia Utterberg, my paternal grandmother, has always been of interest to me.  She died 7 years before I was born; in fact, only 1 of my 4 siblings was alive to meet her (but was so young at the time, there are no real vivid “grandma” memories).  I was named after her and that alone created a special connection for me.

Annie was born in French Lake, Wright County, Minnesota (some sources state it as Annandale) on March 26, 1892 to Nels Peter and Emma Ingeborg (Nilsdotter) Utterberg.  She was the 2nd child born to Nels and Emma but was the 6th child in the family home.  Nels' first wife was Matilda Nilsdotter (Emma’s older sister) who died in childbirth along with their 5th child.  The household grew to add 5 more children after Annie.

Annie grew up on the Utterberg farm which was busy with the running of the farm and busy with 11 children!  There is a 28 year age difference between the oldest and youngest child, so sister and brothers-in-law as well as a growing pool of nieces and nephews made the farm even busier. Nels also had his brother & his children nearby on an adjacent farm and two of Emma’s sisters with their families were close by as well.  Nels and Emma were both born in Utterbyn, Fryksande Parish, Varmland, Sweden; the Wright County area of Minnesota was settled by a great number of Scandinavian families. 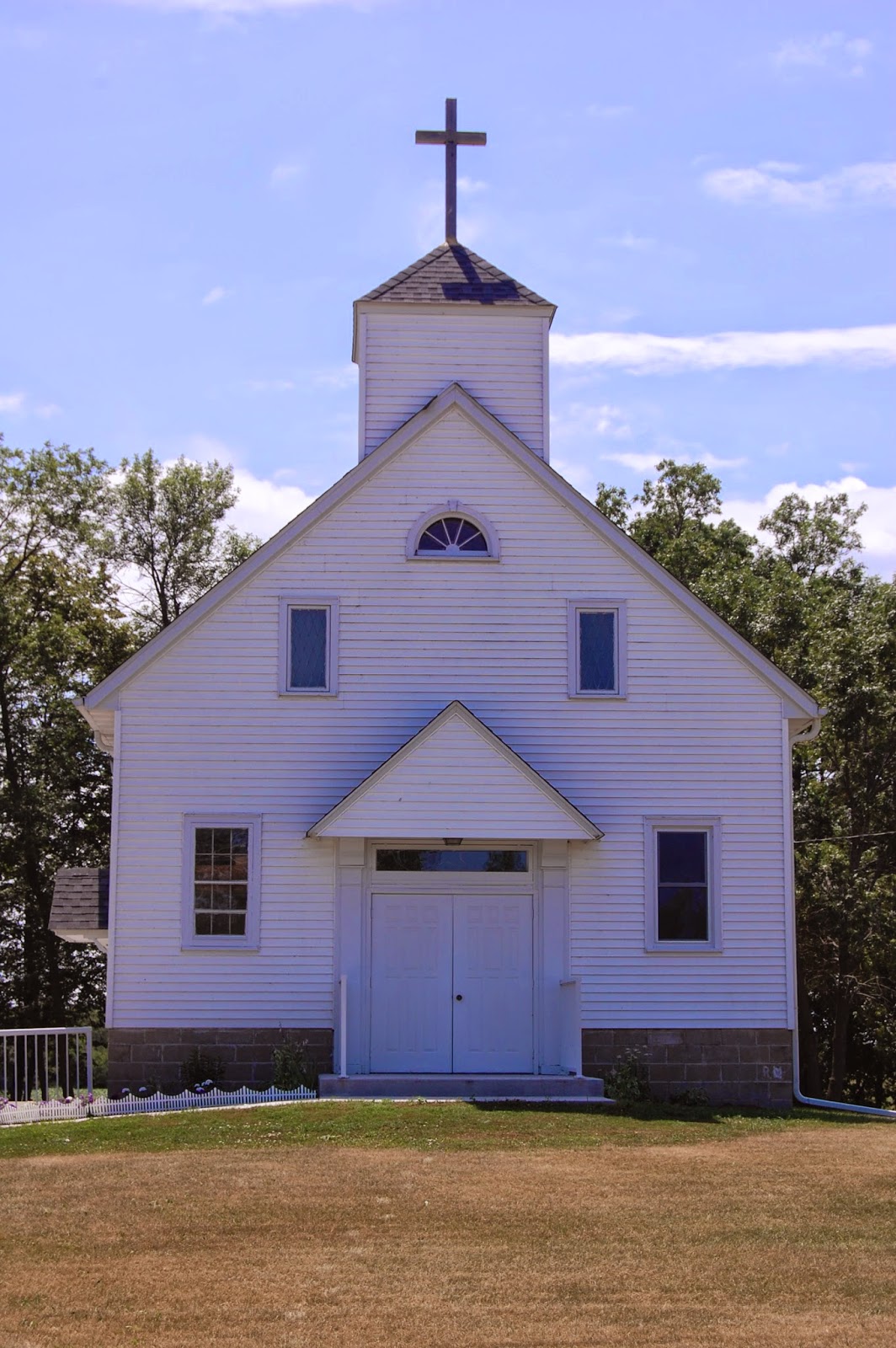 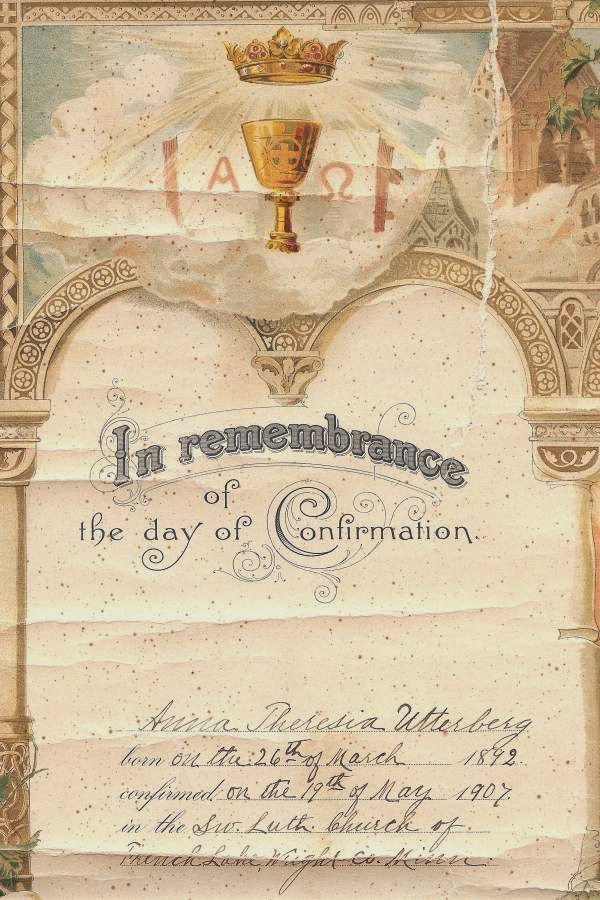 Annie was confirmed on May 19, 1907 in French Lake.  While older siblings were confirmed at North Crow River Lutheran Church (the church of her future husband John Mattson), the family church migrated a bit closer to the Utterberg Farm to Grace Lutheran. Both of her parents are buried at the Grace Lutheran cemetery.


John and Annie had 6 children, 5 girls and 1 boy:  Winifred, Dorothy, Hermione, Thelma, Joanne and John (Below in circa 1942).  Their lives were impacted by the Great Depression when John’s cement block business closed (during the years in business, it was shared in family stories that one of the t's in Mattson was removed in the Mattson last name as it did not fit on the business sign).  They navigated those life struggles and remained in the North Minneapolis area. 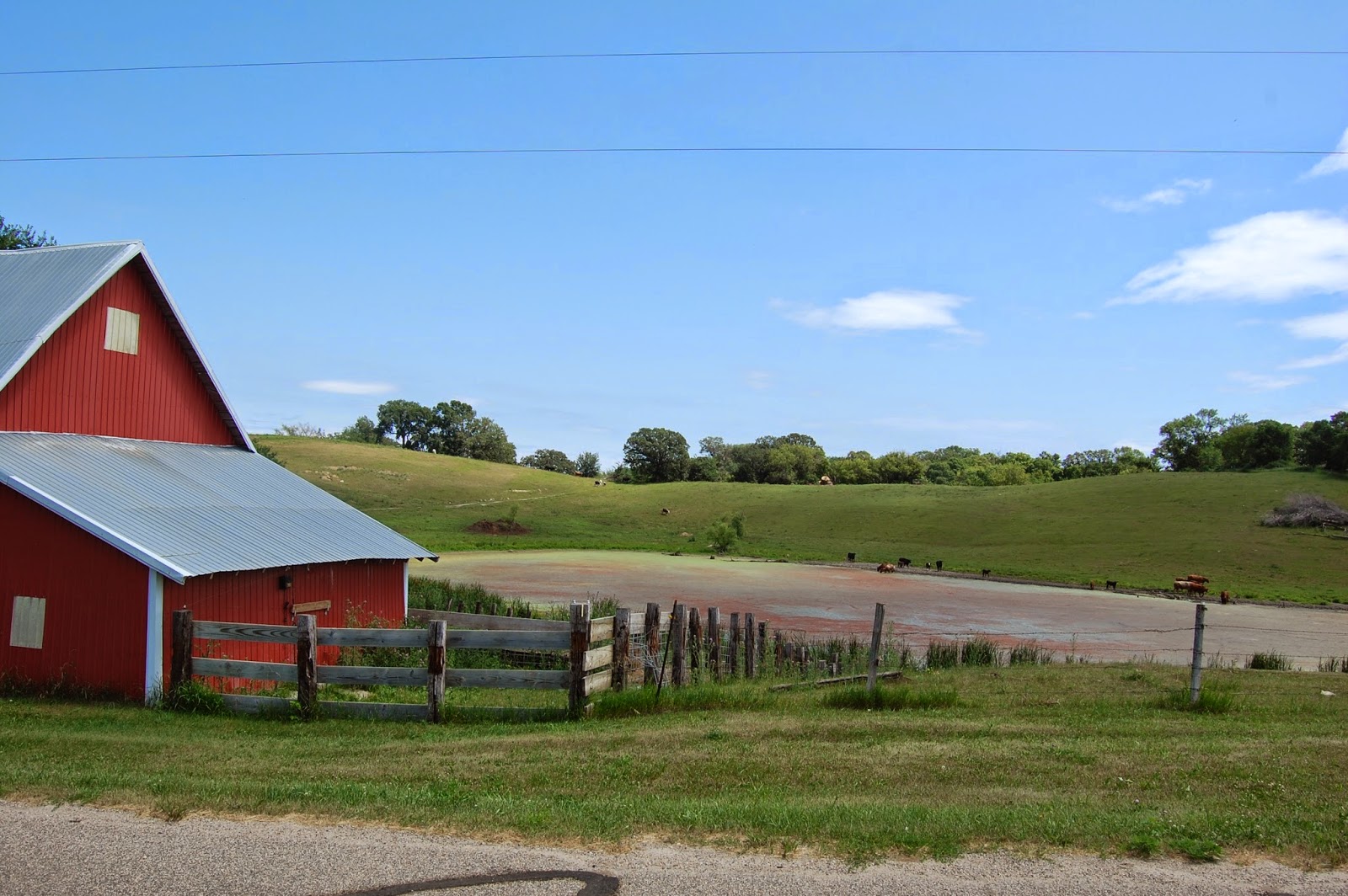 Summer time had many visits and family activities at the Utterberg Farm…from help with harvesting to family gatherings.  Annie’s youngest child and only son, John (my father), had wonderful memories of visiting the farm and playing with his cousins. (Below: Annie, far left with John with raised sickle).  View of the farm and pond from the Utterberg farm house 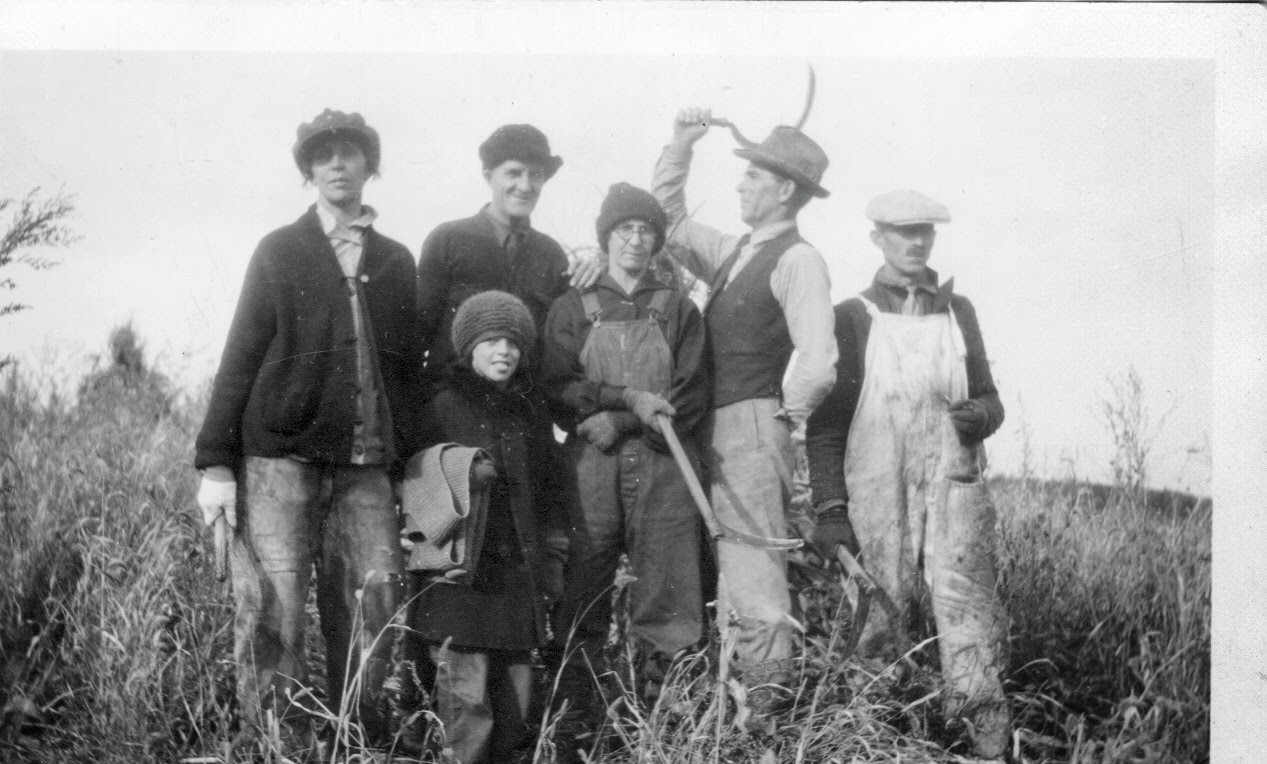 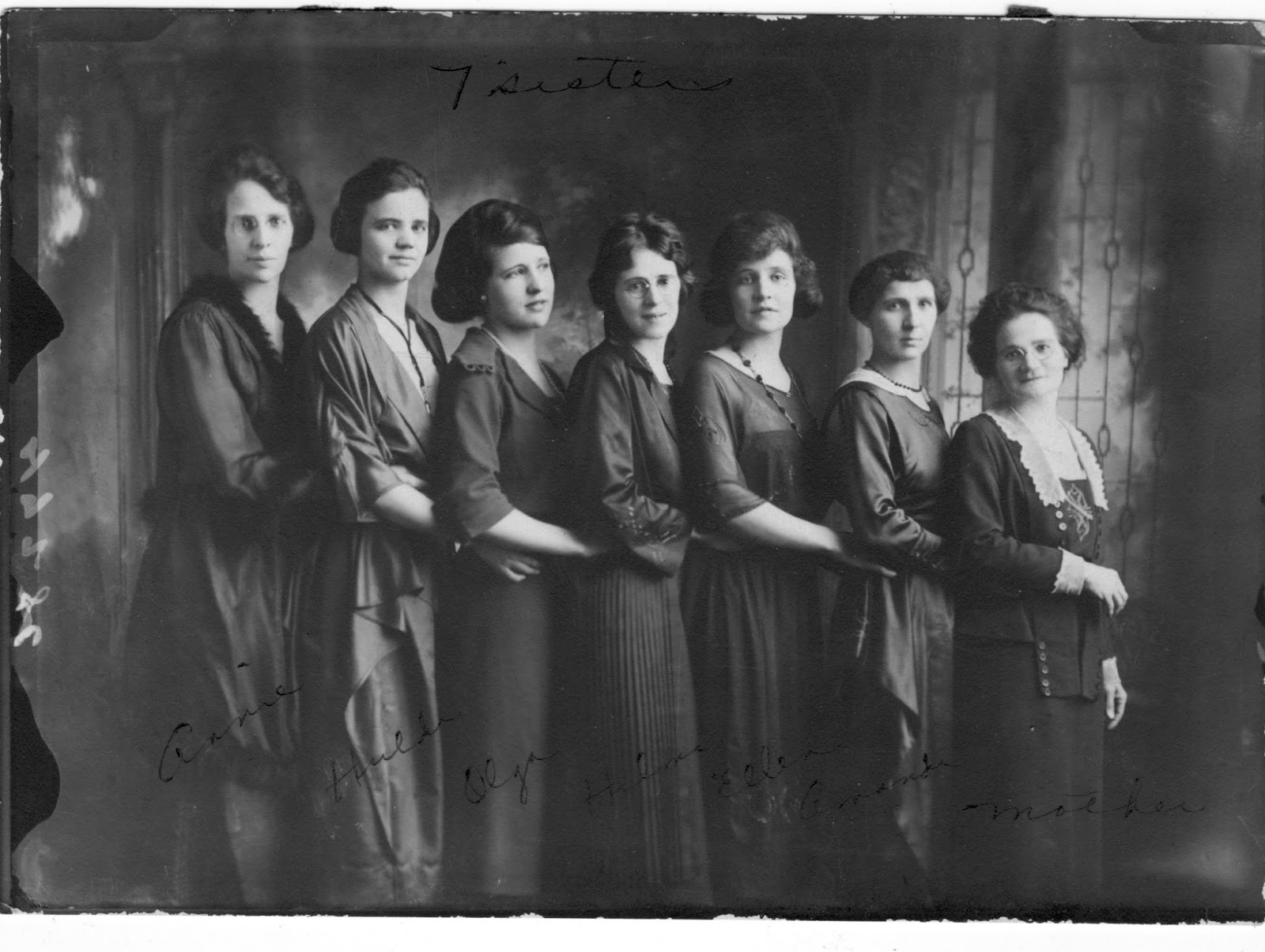 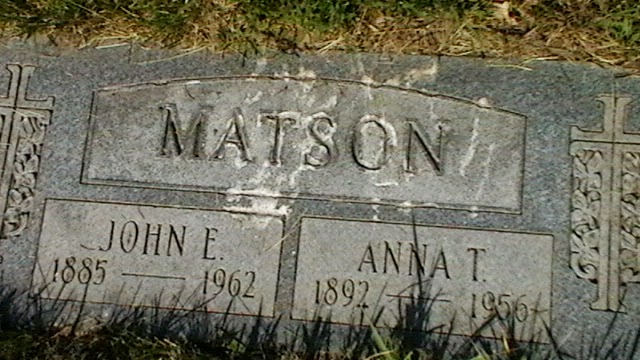 Annie died suddenly in 1956 of congestive heart failure (noted as “Dropsy” on her death certificate).  John died in January 1962 and both are buried are in Crystal Lake Cemetery in Minneapolis.